We currently work five major ferry operators which operate throughout the UK and Europe:

DFDS – DFDS Seaways offer a wide selection of ferry routes between the UK and Mainland Europe including France and Holland. They also offer a selection of crossings between Denmark and Norway and services in the Baltic Sea.

Irish Ferries – Irish Ferries is Ireland’s leading ferry company. They operate ferry services between the UK and Ireland. As well as offering routes between Ireland and France.

P&O Ferries – P&O Ferries are one of the UK’s largest ferry operators. They offer a range of routes between the UK and Ireland to France, Belgium, Holland.

Stena Line – Stena Line is one of the world’s largest ferry companies. They offer a selection of routes between the UK and Ireland as well as routes between Northern Europe, Scandinavia and the Baltic Sea. 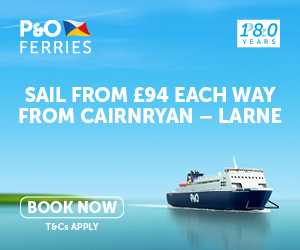