Ferry from Rosyth to Zeebrugge in Belgium

The passenger ferry route bewteen Rosyth in Scotland and Zeebrugge in Belgium closed in December 2010 when it was operated by Norfolkline. Though they had just been bought over by rival Ferry Operator DFDS Seaways and it was them that took the decision to close the service.

The closure of the Rosyth to Zeebrugge ferry means that there is no passenger ferry service between Scotland and mainland Europe. DFDS Seaways operate the Newcastle to Amsterdam passenger ferry, which is now the closest option for ferry travelers from Scotland trying to get to the continent.

The route had initially been operated by Superfast Ferries between May 2002 and September 2008. It was closed for 8 months before Norfolkline resurrected the route in May 2009. In it’s final incarnation, the Rosyth to Zeebrugge service ran three times per week in both directions. Departing Rosyth on Tuesdays, Thursdays and Saturdays, then returning from Zeebrugge on Mondays, Wednesdays and Fridays. 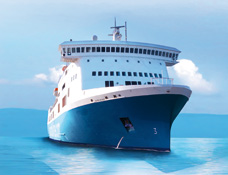 This ferry service was the only direct route between Scotland and Europe. From the port of Zeebrugge you would have ease of access to the European Motorway Network to continue your journey to Germany, France, Italy and many more European destinations.

If you were traveling from Glasgow your are less than an hours drive from the Rosyth Ferry port.