DFDS Seaways and LD Lines have announced that their new Dover to Calais ferry service will start on 17 February.

It will operate under a French flag and the announcement comes just weeks after French State owned SeaFrance went into liquidation.

In December, DFDS dropped its attempt to buy the ailing French ferry company after French courts blocked there attempted purchase. The new partnership have said it would hire 300 people, many of them being former SeaFrance staff.

The new route starts with a great introductory offer. Book by 14th February, using offer code DC12 for travel upto 13th December 2012 for just £29 each way during low season and £39 each way in high season.

DFDS announced the news with the statement 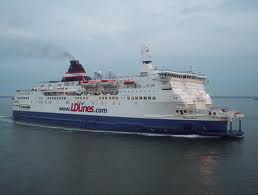 Today we are very pleased to announce that we will start our new service on 17 February 2012. Initially we will operate the route with the NORMAN SPIRIT, which is flying the French flag. A further ferry under the French flag will be added on the Dover Strait as soon as we can be ready with a suitable ship.

The UK will be disappointed that the ships will be sailing under the French flag as they felt they could offer the route lower taxes and a stronger workforce.

The British run P&O ferries is the sole surviving Dover to Calais ferry service, they currently operate 5 ships across channel and will remain the largest and busiest operator despite this new challenge from DFDS and LD Lines.

The NORMAN SPIRIT was owned by LD Lines and previously served their Portsmouth to Le Havre route. It is as yet unclear where DFDS Seaways and LD Lines where get there promised other ship from. The SeaFrance fleet consisted of 4 vessels which as of yet have not found owners. EuroTunnel had expressed interested in buying three of these ships and leasing them to other ferry companies.